Wolves in the church


In our many moves, we have attended many churches of all sizes. Some were small and struggling. Others were healthy and growing rapidly. In my observations and experience, it seems that the biggest blessings are for those leaders and congregations that are concerned with God’s glory. Personal desires and ambitions have no place and because of that, the churches whose focus is on Jesus Christ are blessed, united and strong.

However, the Apostle Paul knew that strong churches would become targets. Our spiritual enemy will attack, using whatever will work to divide its members and crumble its foundations. The church at Ephesus was a strong church. When he met with their leaders, Paul warned them…


Pay careful attention to yourselves and to all the flock, in which the Holy Spirit has made you overseers, to care for the church of God, which he obtained with his own blood. I know that after my departure fierce wolves will come in among you, not sparing the flock; and from among your own selves will arise men speaking twisted things, to draw away the disciples after them. (Acts 20:28–30)

Here, “fierce wolves” seems to apply to those who teach false doctrine in an effort to draw people from the truth. These wolves want to build their own kingdom and will try to split the church toward that end. However, pastors must be watchful against all that tends to injure and corrupt a congregation. If false teachers and other factions come in, the elders of the church must put them right or put them out. Yet, this is a task for which they receive little training.

Most courses offered by seminaries for a Master of Divinity degree do not offer instruction in how to deal with those who try to split or corrupt a congregation. There are a few online sermons that explain how to spot wolves and deal with them, but I get the impression that those preachers learned this from experience rather than advance preparation. 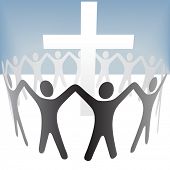 This problem actually requires more than one person. Church leadership at its best is in a congregation with a plurality of elders. In fact, the word for Christian elders in the New Testament is almost always plural. These days when individualism, authoritarianism or even economic necessity make the pastoral role a “one-man show,” churches still must promote teamwork in their leadership.

However, that leadership must be God-given. Paul said, “The Holy Spirit has made you overseers.” The Lord motivates and gifts men to be leaders. Their job is to be caring, pastoral and corrective. They are to watch their own selves even as they protect and feed the people of God. Their role also includes admonition of those who stray, which presupposes resistance and even opposition. I’ve never envied the duties of a pastor!

As one preacher says, this leadership will be serious, conscientious and intensely personal. After all, this is the church of God, bought with the blood of Christ. It does not belong to the pastor, or the elders, or the congregation.

Not only that, even with today’s emphasis on spiritual gifts and special roles, such as administrator, educator, counselor, church-growth strategist, and so on, the Bible puts greater emphasis on shepherding, tending, feeding, and protecting the people of God. We are like sheep and we need good shepherds.

Wolves are not interested in caring for the sheep. They want a following. They want power. They want to be in authority and have the strongest voice in all decisions. They are more interested in feeding and protecting themselves. In every church we have attended, there are a few who may faithfully attend, but constantly gripe about leadership and authority. They are not interested in unity or in promoting peace and spiritual growth. If the pastor knows how to deal with these, they tend to move on, looking for easier prey in another congregation. If not, the pastor will eventually be brought down and the congregation will fall with him.

Lord, nothing is more distressing than observing a church divided against itself, particularly when this division is fueled by wolves dressed in sheep’s clothing. As You said to the disciples, “Beware of false prophets, who come to you in sheep’s clothing but inwardly are ravenous wolves” (Matthew 7:15) and “Behold, I am sending you out as sheep in the midst of wolves, so be wise as serpents and innocent as doves” (Matthew 10:16).

Most of the time regarding these matters, I feel about as wise as an oblivious dove. I struggle with objectivity and clarity regarding those who do these wolf-like things. Are they dangerous? or merely disgruntled? Yet either way, You say to pay careful attention to myself. I am not an elder but can certainly pray for and support those who lead Your church with integrity and in the desire to glorify You.

This year's devotions will be prompted from readings in a book called "Daily Treasures from the Word of God" by Leona and Nicolas Venditti, published in 2012. I will read what they have to say listening to what the Lord is saying to me, write my thoughts here, and pray for His enabling to apply them to my life.